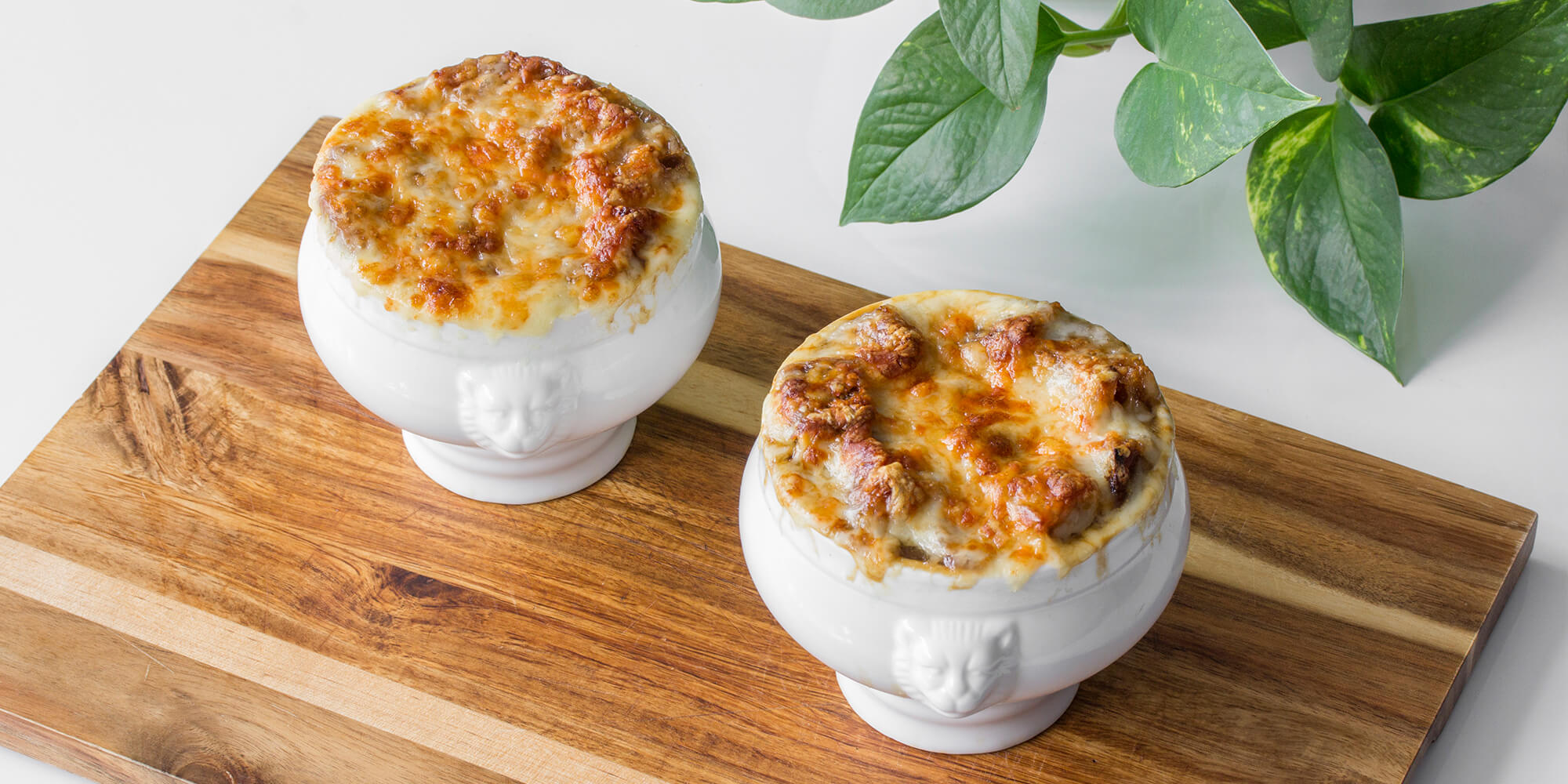 Five Restaurants to Get Your Fix

Is there anything more comforting than the warmth of a rich, hearty soup on a crisp fall day or cold winter’s night? For us, French onion is an undeniable staple, delivering instant cozy feels. From the delicate sweetness of its caramelized onions to the crunch factor of its crusty baguette, and of course its coveted cheese pull, it satisfies on so many levels.

Dating back to the 17th century, legend has it King Louis XV invented the soup after finding himself with a case of the late night munchies at his hunting lodge. There, he scraped together the few ingredients he had lying around — onions, butter and champagne — and cooked them together to create what we now refer to as French onion soup.

Also known as ‘drunkards’ soup’ due to its reputed ability to veil the smell of alcohol for those who consumed it (sneaky!), no matter how it originated, cold weather seems to crank the craving meter up to full blast. At O&B, our chefs are serving up their takes on the much-loved bowl of liquid gold, replicating its oh-so-comforting essence in all kinds of creative ways.

From classic interpretations to mac and cheese, burgers and even spring rolls, we’ve rounded up the top restaurants to satisfy your French onion fix. Read our list below and get ready to snap a pic of some of the best cheese pulls Toronto has to offer.