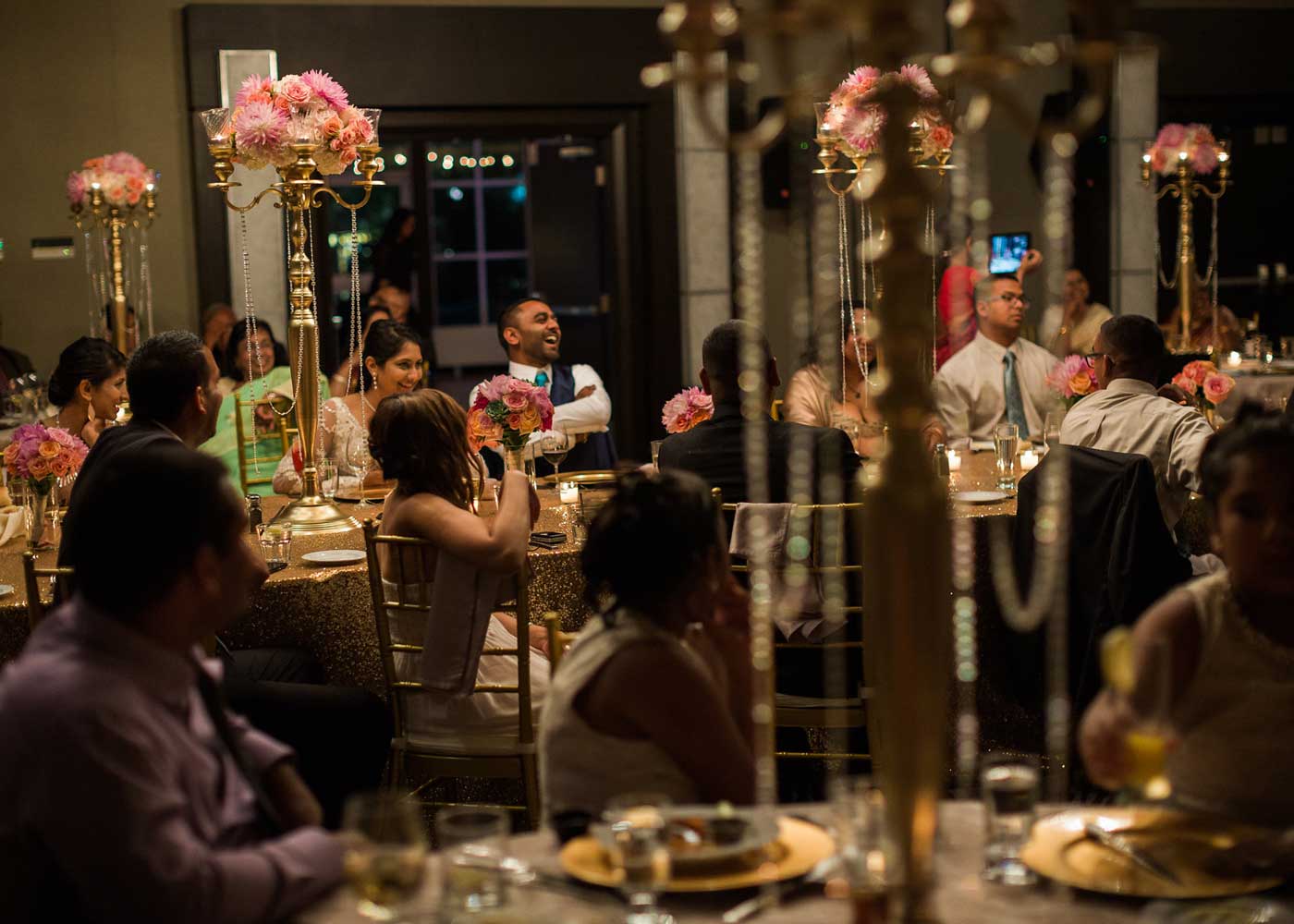 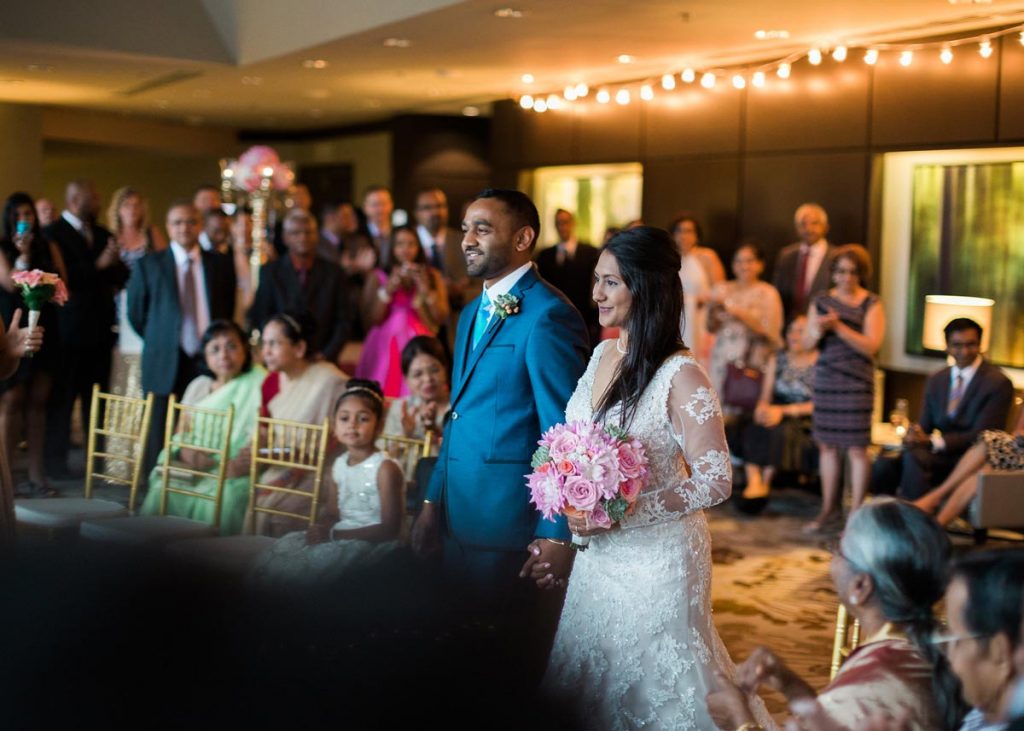 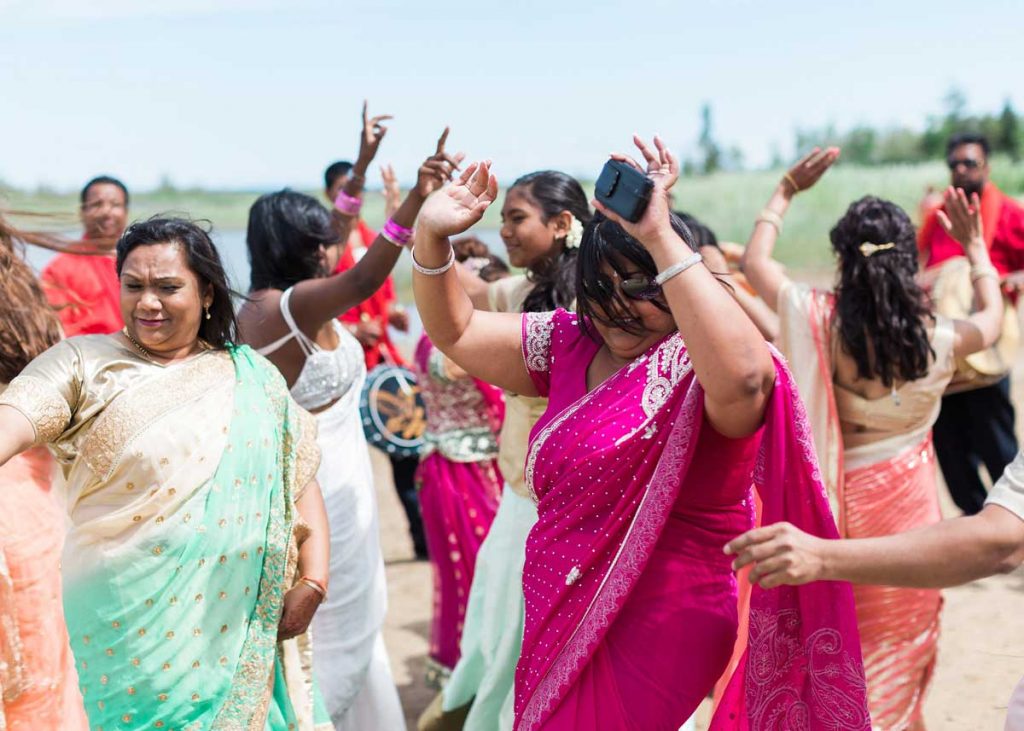 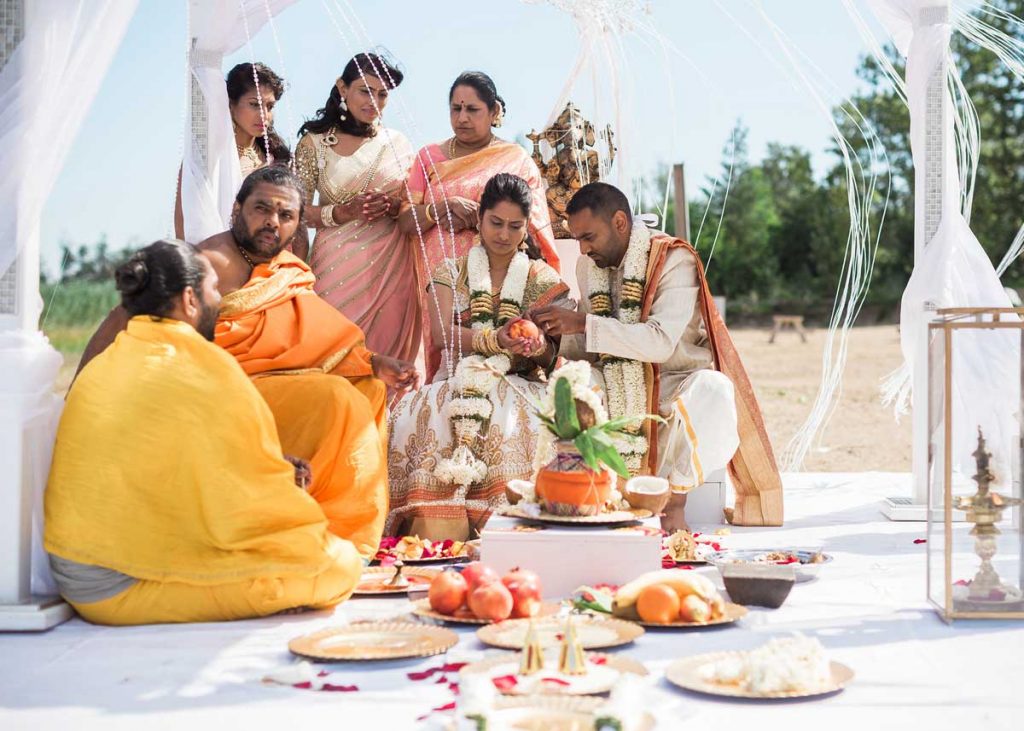 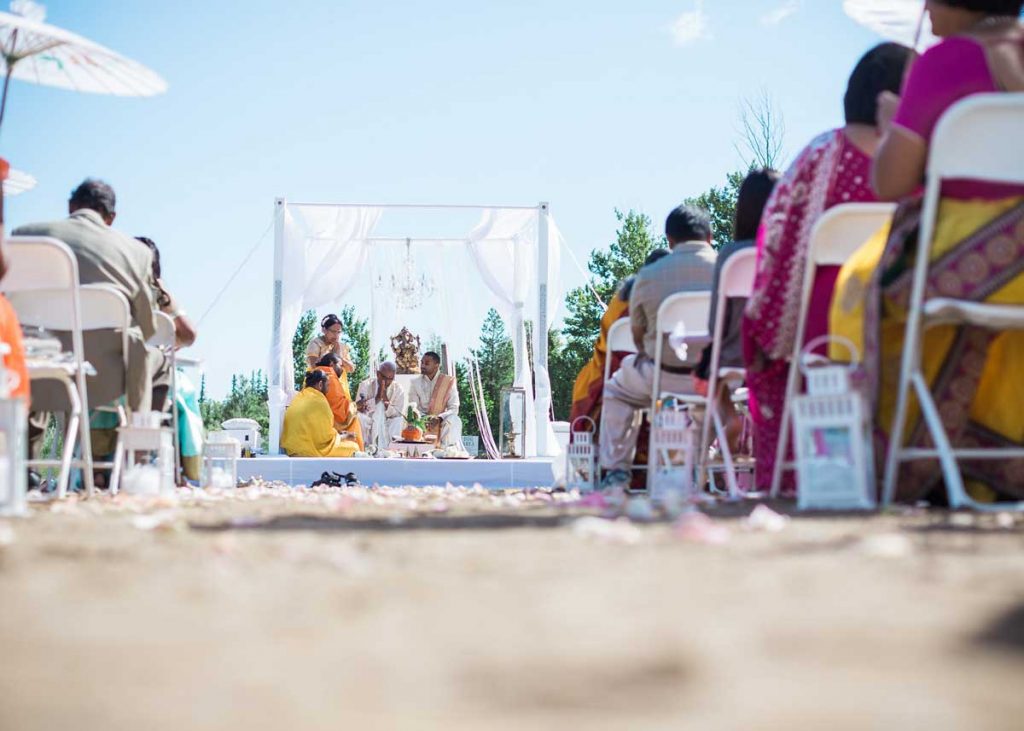 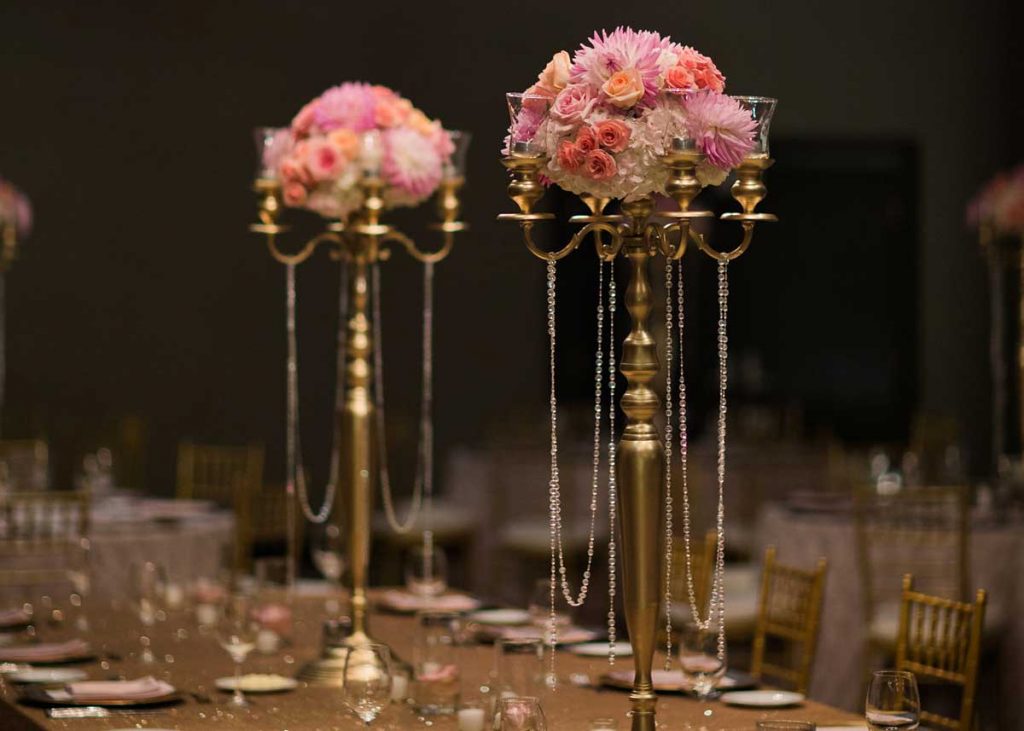 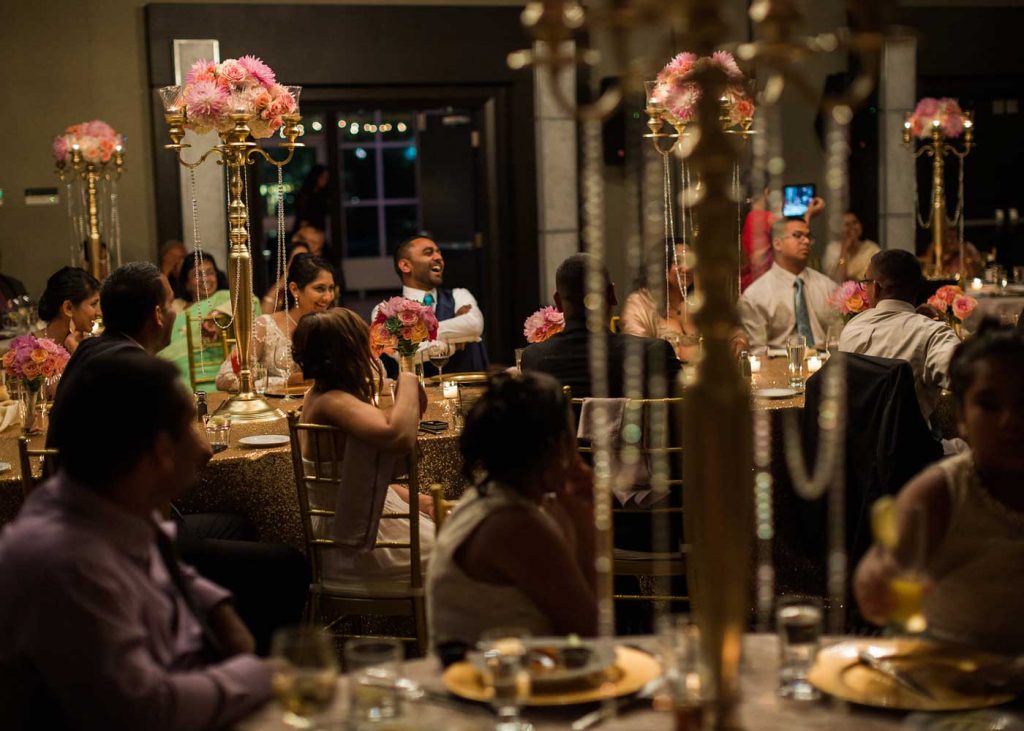 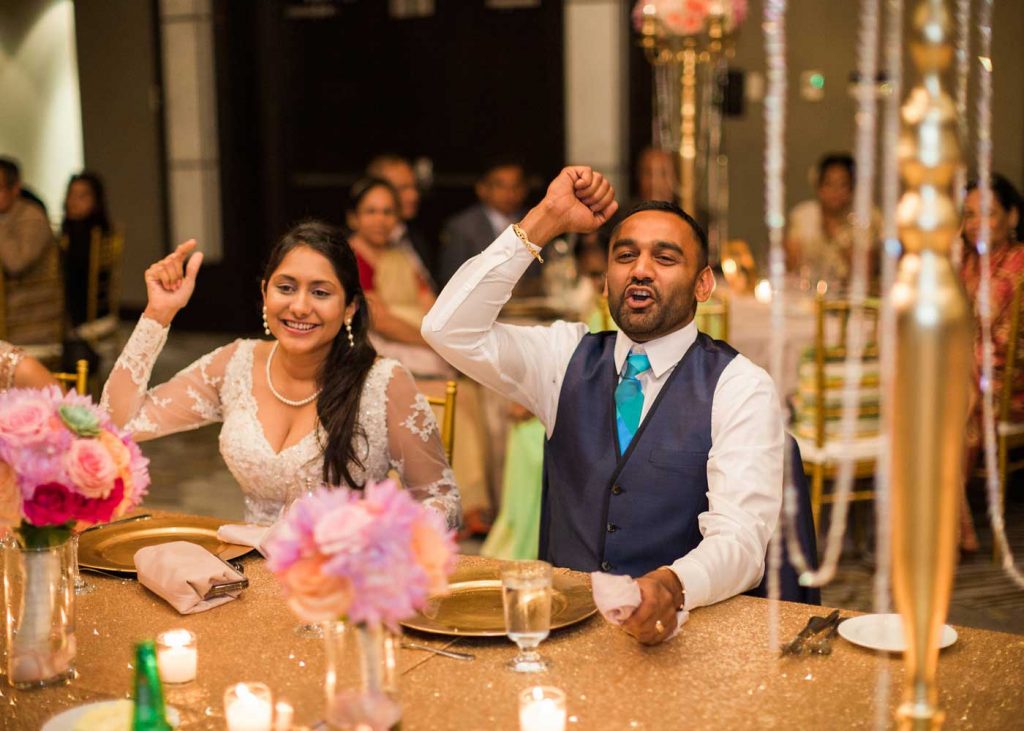 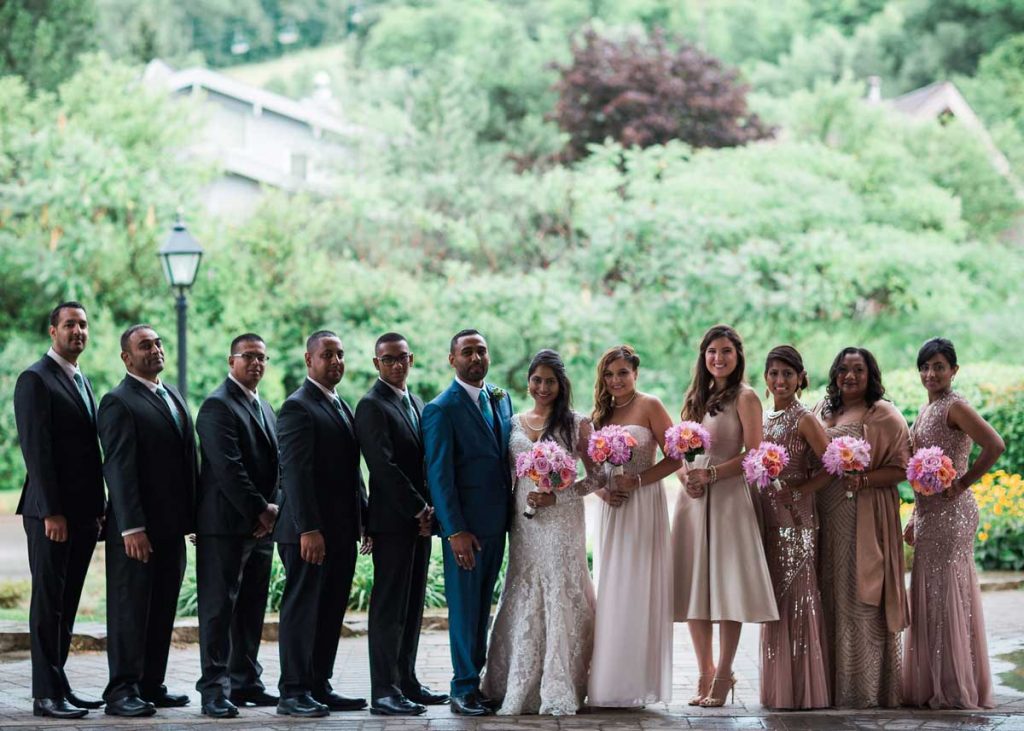 The cocktail reception featured a variety of Chef-inspired hors d’oeuvres, complemented by two signature cocktails – the Pomjito and The Slight Detour – to represent the bride and groom, respectively. By 6:45pm, guests were seated in the Whistler Blackcomb Ballroom for a delicious multi-course dinner, featuring dishes like Shelburne potato gnocchi, oven-roasted chicken supreme, and spicy green Indian lentils with shana and shahi paneer. Meanwhile, the children chose between chicken fingers with fries and a kid-sized portion of the vegetarian Indian dish. Both kids and adults were treated to the O&B signature dessert station at the end of the meal!

Following all the heartfelt speeches, the dance floor opened up for the newlyweds to show off their moves. Later that night, O&B servers reappeared with vegetarian poutine and chicken sliders – a great way to cap off a wonderful event!