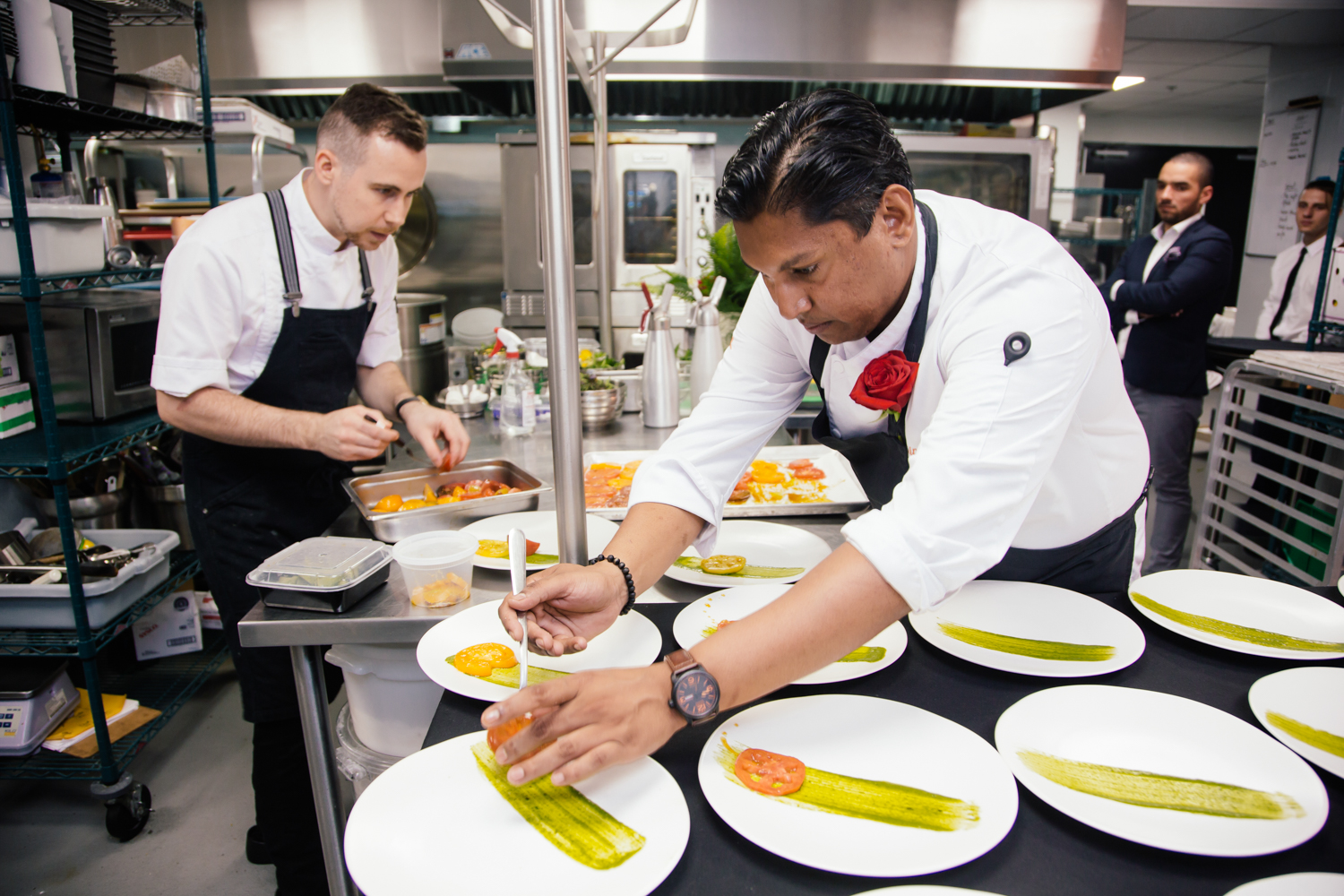 From the young age of four, Kevin Ramasawmy has had a distinct curiosity for cooking. Whether he was flipping omelettes and making curries with his mother, or tagging along with his father at the hotel and restaurant where he worked, Kevin’s life revolved around cooking, hospitality, and – best of all – eating. In 2004, at the age of 19, Kevin moved from Mauritius to Montreal. He fell in love with the city and his future wife, and was compelled to stay and make a living. Now, almost 20 years later, Kevin serves as Executive Chef, overseeing culinary operations at Bar George, Le Mount Stephen and Le Westin Mont Tremblant.

“What makes O&B a great place to work is our team’s shared values. We are absolutely fanatic about our uncompromising standards, love of food and serving the best. In our kitchens, I like to say we make it nice or make it twice!”