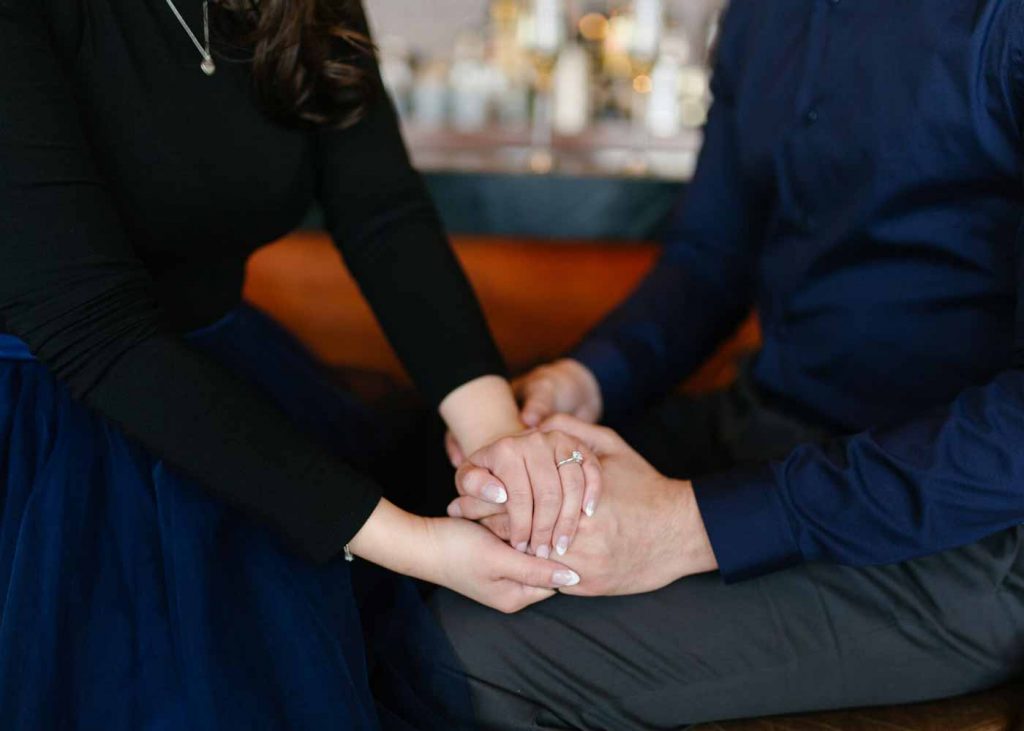 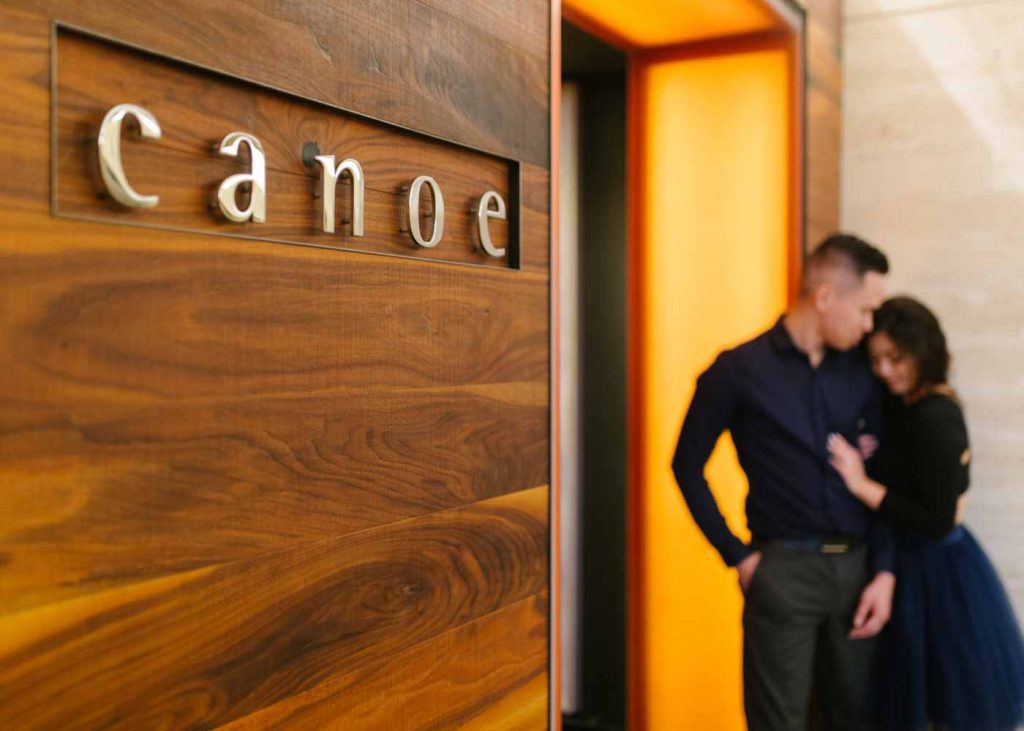 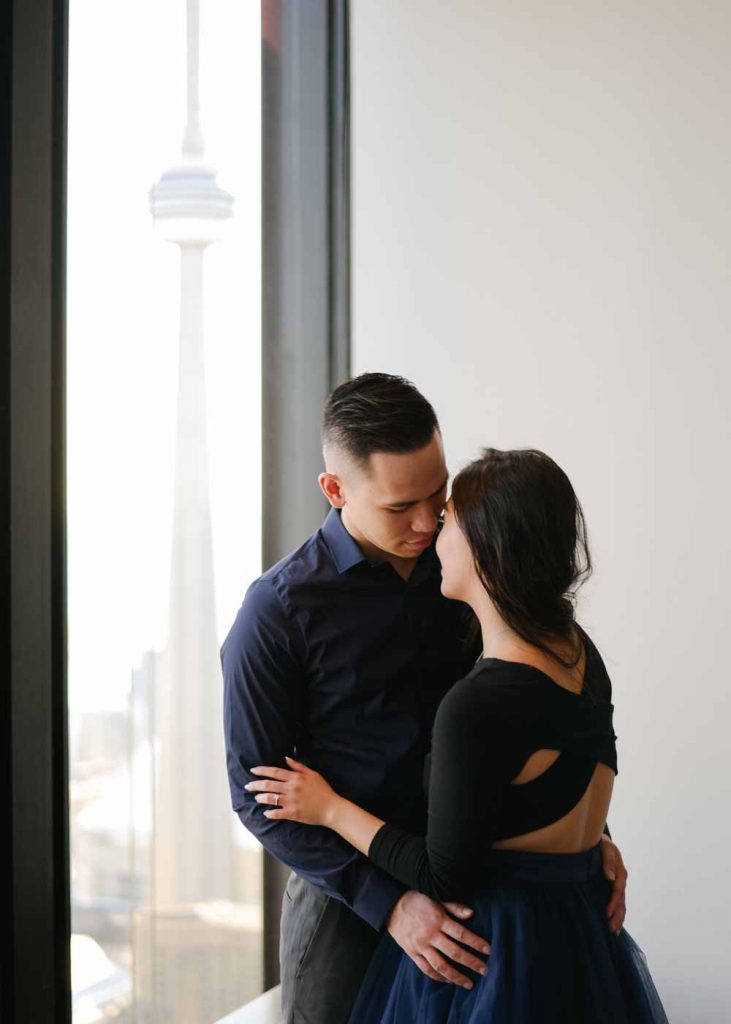 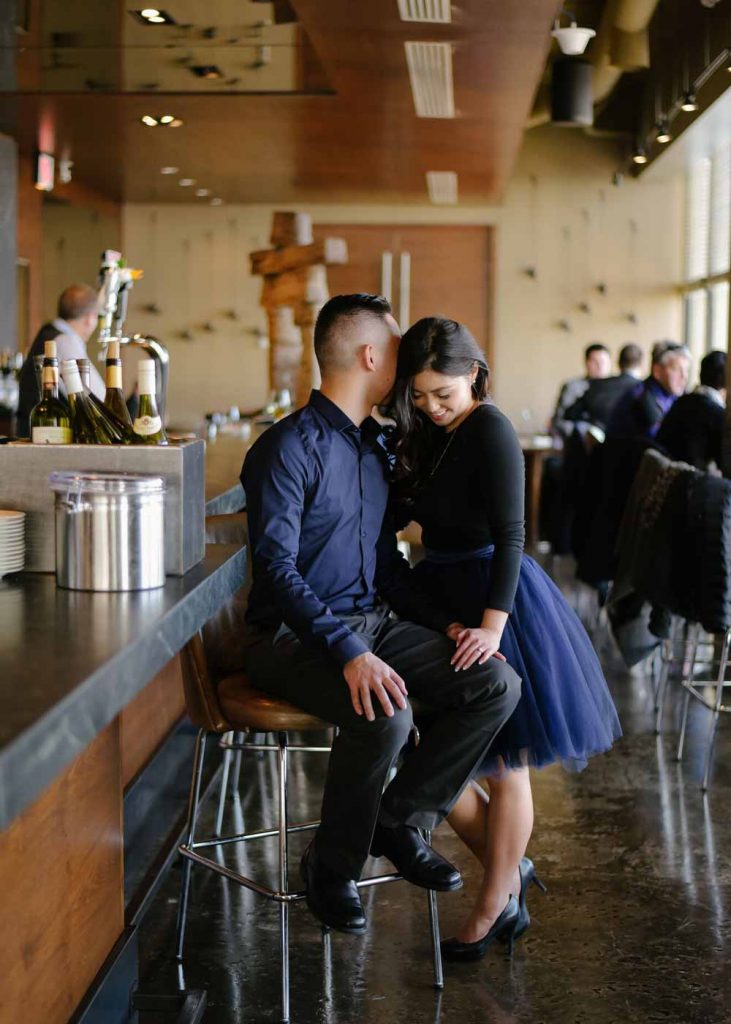 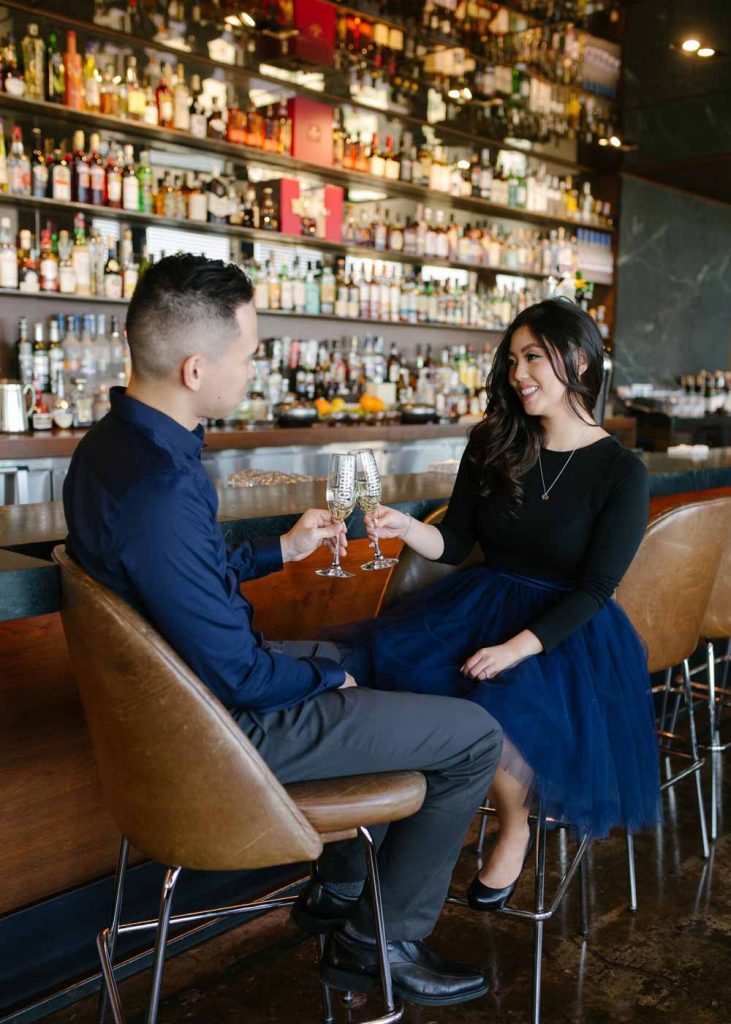 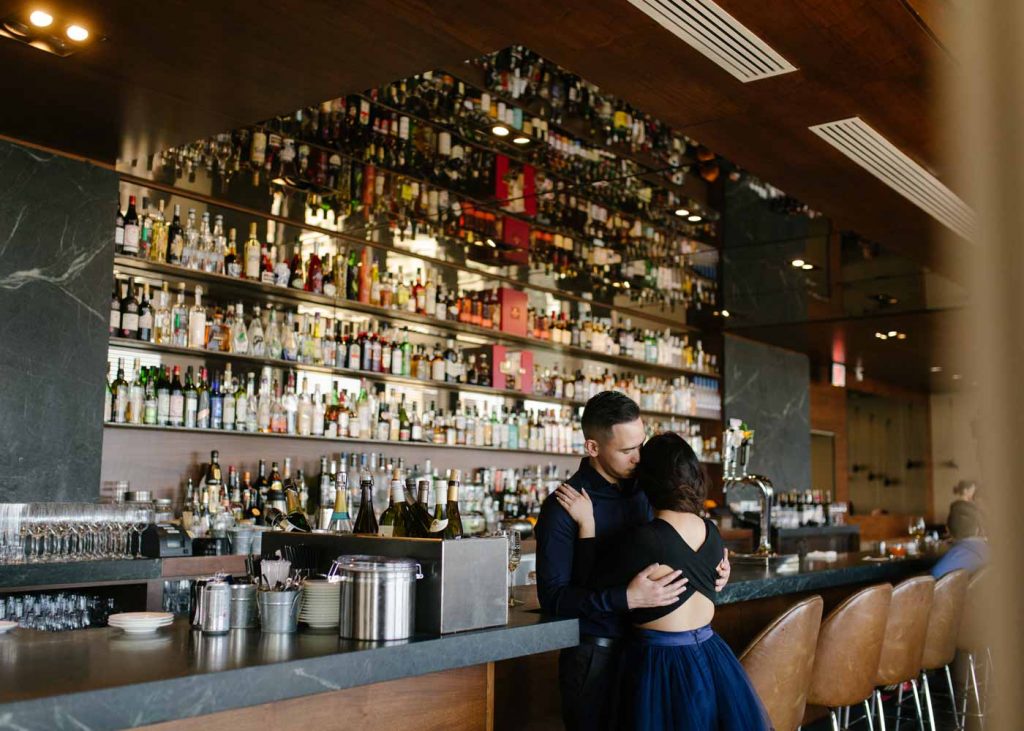 After meeting in music class in grade nine, Jolyn and Carl’s friendship blossomed into romance when they became a couple while attending the University the Waterloo together. Fast-forward two years, and Carl has planned a birthday dinner for Jolyn at Canoe. After having a delicious multi-course meal, a manager offered them a tour of the restaurant – little did Jolyn know, this was all part of Carl’s plan! After visiting the busy kitchen, Jolyn and Carl were shown into the empty private dining room. Jolyn immediately started taking in the view of the city, and when she turned around, Carl was there, ukulele in hand, to sing her happy birthday, as well as a song he had written especially for her. Once the songs were over, Carl got down on one knee and asked Jolyn to marry him. Of course, she said yes!

Since they were engaged at Canoe, it only makes sense that they returned to capture their love on film in their beautiful engagement shoot!