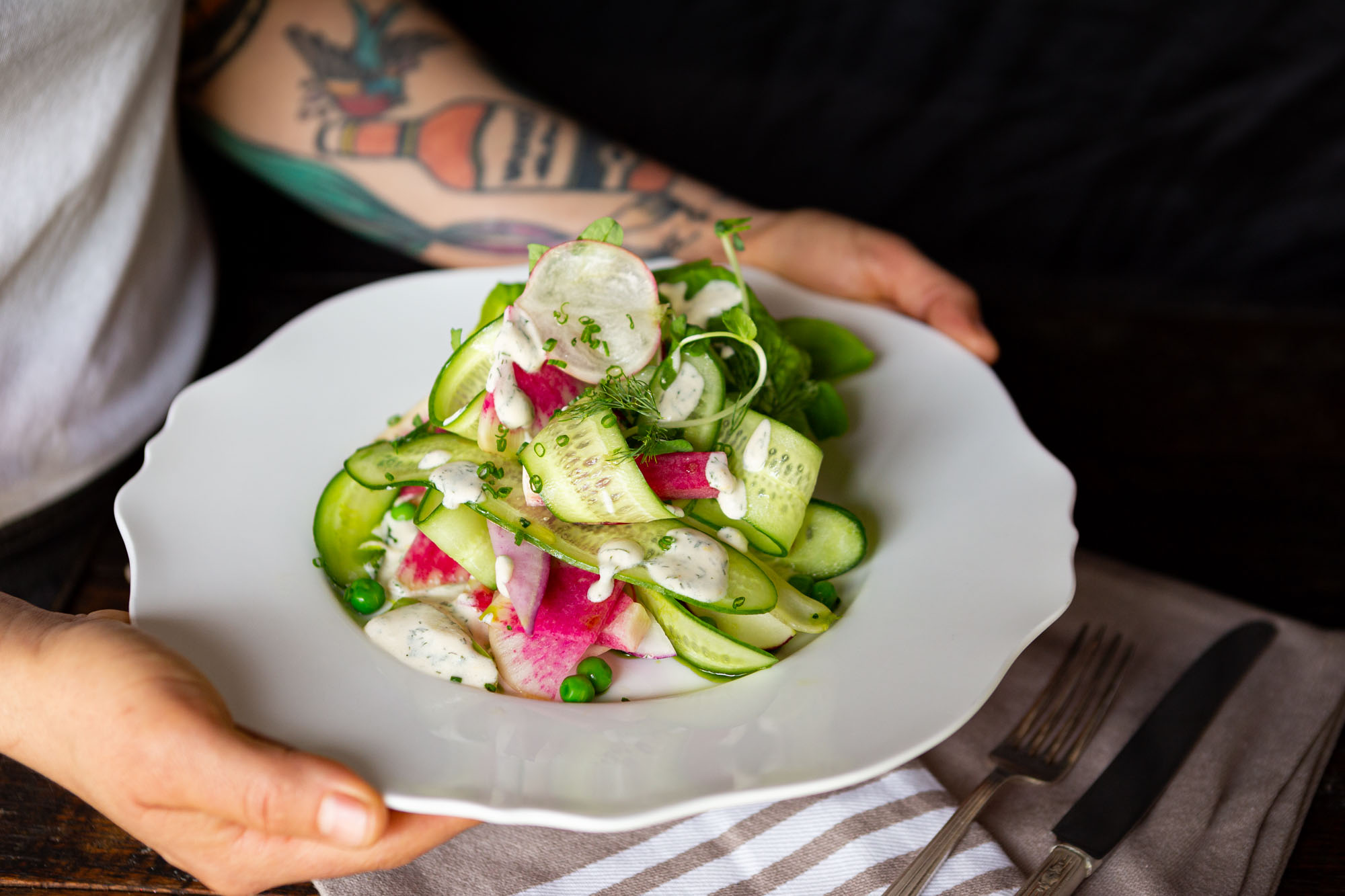 Chef Laura Petracca is a woman of many talents. Growing up, food and music were major passions within Laura’s family. Her uncle and grandfather were both drummers, while her mother and grandmother were known for their killer cooking. Although Sunday dinners at Nonna’s meant plenty of pasta and meatballs, they also presented opportunities to sneak down to the basement to tap away on the drumset. Throughout high school, Laura split her time between competing in battle of the bands and working in the kitchens of fast food joints and Italian bakeries.

After spending four years honing her skills at Jump, Laura’s music career took off. In 2007, she and her band took the leap and moved to New York City, where they spent the next eight years recording music and touring the U.S., Canada and Europe. Shortly after Laura moved back to Toronto, she reunited with O&B Corporate Executive Chef Anthony Walsh, who encouraged her to pick up her culinary career where she left off. Laura was hired as Sous Chef at Leña, where she worked closely with Executive Chef Julie Marteleira to execute a vibrant array of Argentinian, Spanish, Italian and Portuguese dishes.

Now, Laura is excited to be taking the lead as Chef de Cuisine at The Rabbit Hole, where traditional British cooking is given a distinctly whimsical treatment. Here, Chef Laura plans to pay homage to classic British cuisine, without being afraid to add a few twists and turns.

Hired to stage and worked her way up to Chef Tournant

“I love working in restaurants that steer a little bit outside the box and let you showcase the fun side of food. The Rabbit Hole is that place for me.”